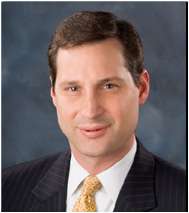 Stephen B. Kaplitt is an independent attorney with an unusual blend of legal, operational, management and government skills.

His 19 years of experience includes an aggregate of almost $3. billion in corporate, finance and M&A transactions with New York law firms and the International Finance Corporation, and serving as General Counsel of both an SEC-registered investment advisory firm and a $350.M multinational public company.

He has traveled to over 30 countries in Asia, Latin America, the Middle East, Central Europe and the Baltics.

Most recently Kaplitt was Executive Vice President and General Counsel of Beacon Financial Corporation (Beacon), an investment, wealth management and trust business with $1.3B in assets under management.

In that role he also served as Chief Compliance Officer of Beacon Global Asset Management, Inc., which included preparation of a comprehensive Form ADV under the expanded Investment Advisers Act rules, development and implementation of new compliance procedures, and managing an on-site SEC examination.

In 2011 Beacon sold its main operating subsidiaries to The Provident Bank; Kaplitt continues to serve as General Counsel while Beacon liquidates its remaining assets.

Prior to Beacon, Kaplitt was Senior Advisor to the Assistant Secretary of State for Economic, Energy and Business Affairs at the U.S. Department of State.

He designed and served as first Director of Economic Empowerment in Strategic Regions (EESR), a new State Department initiative to promote business development in regions where unemployment helps fuel conflict and extremism. EESR sources projects through local field networks, develops business proposals with the help of volunteer MBA candidates, and posts them at the State Department website for marketing to partners and donors.

As the launch Director, Kaplitt secured critical buy-in from key constituents, inter-agency partners, the U.S. military and U.S. business schools, and generated over 50 business proposals from entrepreneurs in Afghanistan, Iraq, Pakistan, Kashmir and Mindanao. The first two proposals — in Iraq and Afghanistan — were fully developed and posted at the EESR website within the first year of operations.

He was detailed to the State Department’s Director of U.S. Foreign Assistance for the first annual (FY08) foreign assistance budget review. In that role Kaplitt chaired ten country teams comprised of 200 staff from seven U.S. government agencies, and delivered on deadline each team’s proposed budget allocations and justifications.

In December 2004 he was a USAID delegate to the OSCE Observer Mission for the Second Round Presidential Election in Kiev, Ukraine.

He also advised the CEO and Board of Directors on legal strategies for responding to a broad SEC investigation. As General Counsel, Kaplitt supervised or monitored outside counsel at 40 law firms in 80 countries, and managed a $10.M legal budget and eight reports in New York, California and Israel.

Highlights of his tenure at Lumenis include settlement or resolution of over 100 lawsuits against the Company seeking an aggregate of $150.M in damages, for average claim payouts of 15%;  negotiation and drafting of more than 25 complex, multi-party and cross-border transactions with an aggregate value of $500.M; dismissal of a “quasi class action” group of 50 product efficacy lawsuits; resolution of a key dispute with the Company’s D&O insurance carrier relating to the defense of multiple class action shareholder lawsuits; settlement of a complex multi-party / multi-jurisdiction patent infringement lawsuit and negotiation of a global license / distribution agreement with an established competitor; settlement of patent infringement, trade secret and non-competition lawsuits with a new off-shoot competitor; and reduction of outside counsel fees by 20% through category-based billing and volume incentives.

Prior to Lumenis, Kaplitt was a senior associate at Becker, Glynn, Melamed & Muffly LLP in New York.   While there he was seconded for two years to a firm client, the International Finance Corporation in Washington, DC.   At IFC he structured and negotiated various equity, finance, debt workout and pre-securitization transactions in Korea, Thailand, Estonia, the Philippines, Slovakia, Lithuania, South Africa, Nigeria, Egypt and Kazakhstan.

All Participants email their $42 pmt using PayPal to EntreUniv@gmail.com

Open Maps Widget for Google Maps settings to configure the Google Maps API key. The map can't work without it. This is a Google's rule that all sites must follow.